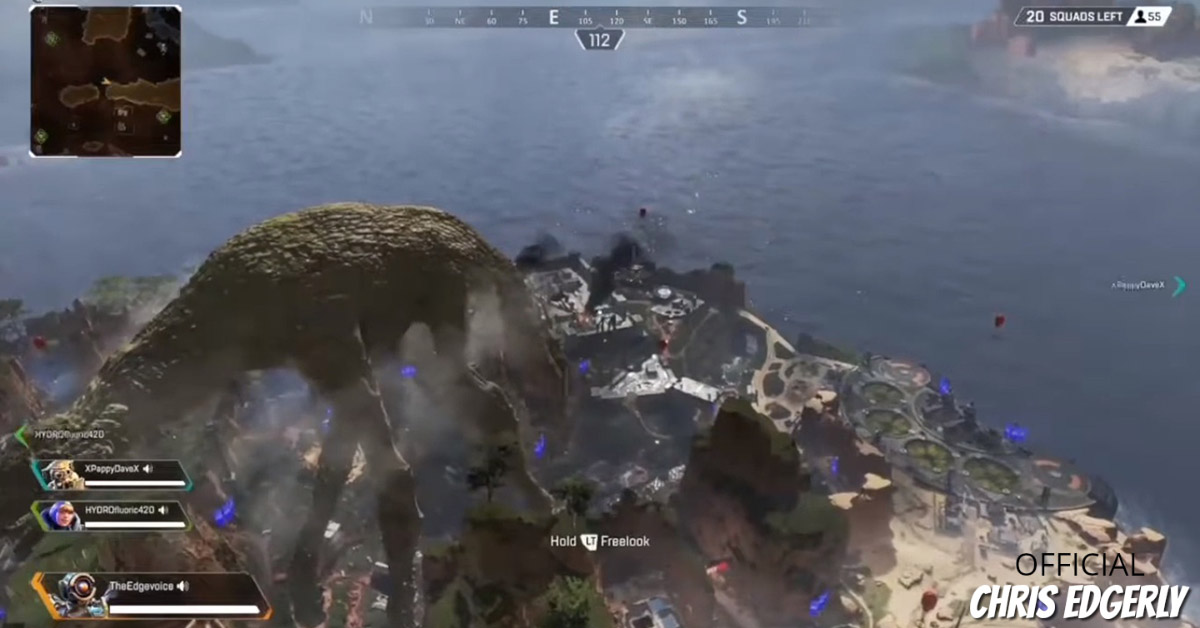 In today’s video clip we catch up with voice over actor Chris Edgerly as he plays Apex Legends as the Marvel Comics legend himself, Stan Lee!

Recently, we’ve been catching up with Chris as he logs in to live Apex Legends gameplay. Today, as usual, Chris has nabbed Pathfinder for some live team play, but he’s giving him an all-new voice – that of Marvel Comics legend, Stan Lee!

Let us briefly say that this clip is, in no way, intended to disrespect the memory of the man and legend, Stan Lee. Rather, Chris is a huge fan of the comic book legend which is why he chose Stan for today’s alternate Pathfinder voice. In today’s video clip Chris plays Apex Legends as the Marvel marvel himself and creates a whole new side to the Marvin automaton, Pathfinder.

We start as Stan likens the hunt for weapons in the game to the hunt for Easter eggs – “You run around and you pick up colorful things!” What can we say, he isn’t exactly wrong! It just so happens that these Easter eggs are deadly.

Even as he picks up his first gun – a Mozambique – “Stan” remains optimistic…at least until he asks teammates if it’s a good gun and is met with complete silence. He then says – still quite optimistically – “I take from your silence that it is not…” and is met with stifled laughter.

As teammates begin to rack up accomplishments, in true Stan style, we continue to hear plenty of praise even if it is for slightly unusual reasons – “Two kills for Dave!” “That’s great!”. It’s almost as though the man himself is right there trying his hand at gaming!

As the game continues, we see Stan start to get suspicious of the theme of Apex Legends, a theme that he says sounds suspiciously like that of the Secret Wars. Seconds later, he suggests that perhaps they have a case to sue. Unfortunately, this line of thinking seems to still have Stan distracted when he takes a fatal hit from another player and his team is eliminated.