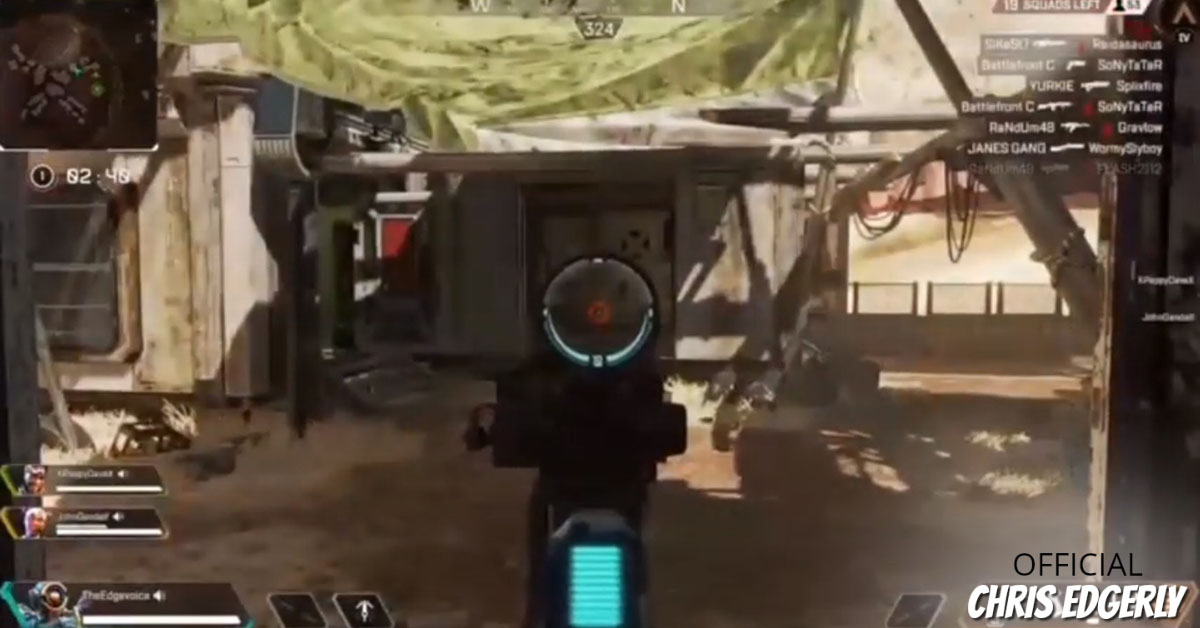 Chris Edgerly impressions are hauntingly spot-on and his most recent “celebrities playing video games” video clip on YouTube is no different. If you caught last week’s post, you’ll know that Chris had everyone laughing as he played Apex Legends as Texas-born celeb, Gary Busey, and this week, he’s at it once again as 70’s rodeo and TV star, Slim Pickens.

Chris Edgerly has an incredibly diverse mimicry portfolio and this week he’s showing just how diverse that portfolio is as he plays Apex Legends as Slim Pickens.

Last week we saw Chris bring a lot more laughs to his gameplay as he mimicked Gary Busey in all his colorful language and this week that colorful language is back and so are the laughs! For those of you unfamiliar with Slim Pickens, he’s a California-born 70’s rodeo, TV, and movie star known for his roles on Gunsmoke, Bonanza, Custer, Wide Country and, of course, as Major King Kong in the movie “Dr. Strangelove or: How I Learned to Stop Worrying and Love the Bomb.”

In this clip, we watch as Chris (playing as Slim Pickens) takes on Apex Legends. He’s fast off the mark this time as he runs into battle – a new strategy for this newer Apex Legends noob! Sadly, it’s not a strategy that does him too much good because just over a minute into the game, Chris is taking fire. Two minutes into the game, he’s flat on his face and the squad is eliminated. We can’t be too hard on him, though, because compared to his first few gameplay videos, Chris has come a long way. We can only hope that as he continues to refine his gameplay, we get to hear plenty more of those impressions. If you happened to miss those first few videos of Chris playing Apex Legends, you can check them out here on the blog!

Do you have an impression you’d like to hear from Chris during his next session of Apex Legends? Why not take a look through his portfolio of work and see who you’d like to hear next and head over to Twitter to let him know? Some of our favorite roles that we’d love to hear in action include Peter Potamus from Harvey Birdman, Attorney General, Gobber from How to Train Your Dragon, Peter Parker, and, of course, Hidan from Naruto Shippuden!

If you love listening to Chris having fun with impressions, make sure that you drop by the Chris Edgerly YouTube channel where you will get a glimpse into just how diverse his portfolio of vocals really is! Oh, and don’t forget to hop onto Apex Legends and engage in a little back and forth with Chris there, just look for TheEdgeVoice!